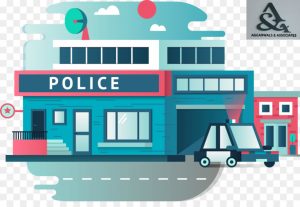 First Information Report (FIR) is a written document prepared by police officials when they receive information about the commission of an offence which is cognizable in nature. It means the police officer can suo moto take an action on an offence without prior approval from the court. This report has contents of offence like time, date and place of occurrence etc. The information may be oral or written but it needs to be recorded under Sec. 154 of the Code of Criminal Procedure. Every police station has specific jurisdiction under them for which they can initiate investigation after filing of the report. Registration of the FIR sets the process of criminal justice in motion as the police officials can take action after registration of the FIR. Any person can register FIR only after the commission of the cognizable offence like the victim, a family member, and witness of offence, police officer, a person who committed the offence or any person who knew about the offence, order of the Magistrate.

The concept of Zero FIR is not known to every layman. It came up as a proposal in the Justice Verma Committee Report in the amended Criminal Procedure Code after the heinous Nirbhaya Case in December, 2012. According to the provisions, a ZERO FIR can be recorded in any Police Station, regardless of any sort of jurisdiction zone. The case will be enlisted with the sequential number zero then the case will be transferred to the particular police station. Everyone can take the advantage of this provision in case of heinous and serious crime. The legal sanctity of the ZERO FIR will remains the same as that of the original FIR.

The main issue is that mostly police officials deny registering ZERO FIR, as they asked to register FIR in the Police Station that has a jurisdictional aspect to take up the cognizance of the offence. One of the remedy to this situation is available in Indian Penal Code under section 166 A which states that if a police officer refuses to register FIR (related to offences against women) can be punished with imprisonment upto 1 year or fine or both. Furthermore, Section 460 of the Criminal Procedure Code lays down a list of irregularities which do not vitiate the legal proceedings, wherein, Clause (e) states that even though the Magistrate may not be empowered by the law to take cognizance of an offence but still he does so under section 190 (a) or (b), it would not prove to be frivolous. These provisions creates legal basis for ZERO FIR as of today, since no explicit provisions have been added to the Code of Criminal Procedure.

Why we need the concept of ZERO FIR?

The answer to this contention lays when we observe the rapid growth of crimes in the society especially those against women and how the victim has to struggle for seeking legal assistance. The concept of ZERO FIR is introduced to avoid the delay of the action on the crimes that adversely affect the victims as some heinous crimes like rape, murder require immediate action. In case of Asaram Bapu, ZERO FIR was filed, the complaint about the crime committed in the Jodhpur was lodged in Delhi by a minor girl who was from UP. The case was later transferred to Jodhpur Police, where the actual crime took place.

ZERO FIR is like a boon to women as the offences against women have increased tremendously. In every 1.7 minutes an assault is committed in this nation and abusive behavior is committed at home in every 4.4 minutes. Moreover ZERO FIR is an extraordinary capacity to people traveling via railways; any person who has been a victim to any offence in the rail can approach the nearest Police Station and file a ZERO FIR. Some crimes like murder, rape, accident and assault require quick action from the concerned authorities and to gather some evidentiary confirmation from the gathering and circumstantial pieces of evidence. A ZERO FIR helps to take into account of these preliminary actions.

Everybody must know about ZERO FIR as the crimes in the society are growing rapidly day by day. An aggrieved person can file ZERO FIR in non-jurisdictional Police Station. This is totally a gender neutral in nature. ZERO FIR is a small step towards increasing accessibility to the criminal justice system. Filing of ZERO FIR is just like filing of a regular FIR, just there is no jurisdictional touch to it.