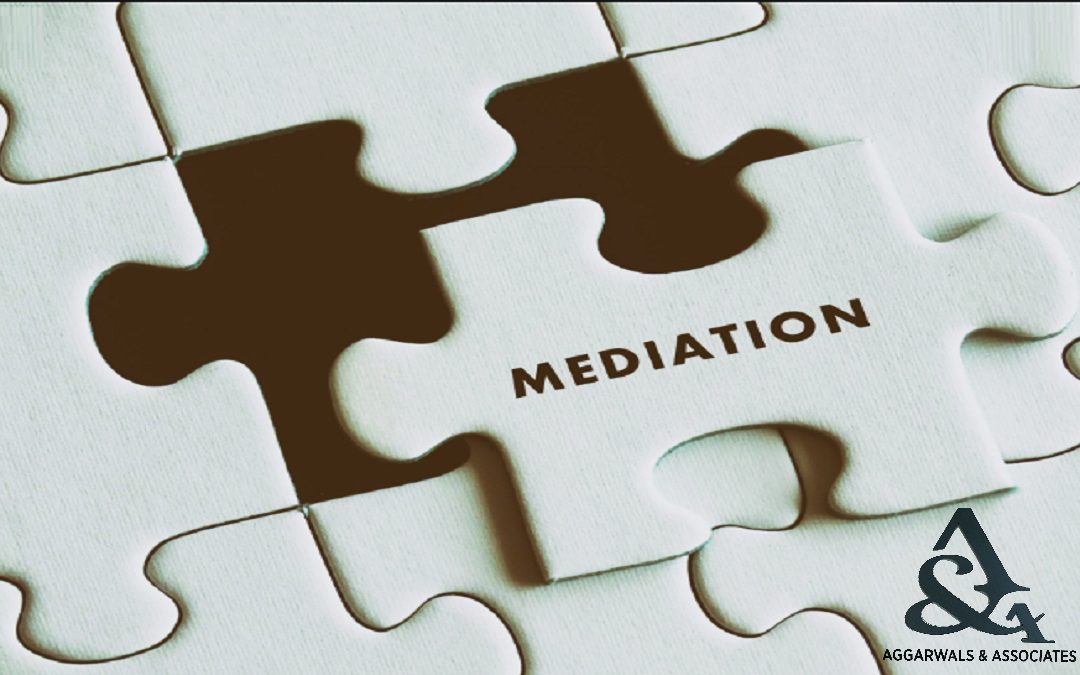 “In the middle of every difficulty lies opportunity.”

A person can avoid long run litigation by approaching alternate dispute resolution mechanisms such as mediation, negotiation, arbitration and conciliation. It is better to go with mediation rather than fighting for years and spending money on prolonged litigation. These platforms are becoming popular because of their speedy nature for dispute settlement outside the courtroom. Almost near about 27 million cases are pending in India, out of which approximately 55,000 are related to matrimonial disputes.

It is a form of alternative dispute resolution which aims to assist parties to the dispute to reach a settlement. In this process mediator being on impartial position use methods and skills so that parties can reach to an agreement between them.

In simplest terms, mediation is a process in which a neutral third party (mediator) facilitates negotiation between the parties to dispute and assist them to settle the dispute by understanding each other’s point of view. The mediator acts as a facilitator and his/her role is limited to enabling the disputing parties to openly express their grievances in his/her presence so that differences can be recognized clearly and narrow down to acceptable limits.

What is pre-litigation mediation?

There are several legal provisions which promotes outside court settlement. These are enumerated below:-

Section 89 of Civil Procedure Code: – According to this Section alternative dispute resolution mechanism must be followed in the case where there is a possibility of settlement. Howbeit, consent of both parties is necessary to go with mediation.

Section 23(2) and 23(3) of the Hindu Marriage Act: – Under these provisions court is empowered to try reconciliation between the divorce-seeking parties, depending upon the nature and circumstances of a case. The same provisions are enshrined under Section 34(3) and 34(4) of the Special Marriage Act, provides that court must opt for reconciliation at first in the case where parties files for divorce.

It is notable here that, in 2003 the Civil Procedure Code, brings the concept of mandatory mediation in which consent of both parties is not necessary and empowered the court to send the case for mediation when there are chances of settlement and it is required to save the relationship between them.

Therefore, the matrimonial cases are covered under the ambit of mandatory mediation as family relationships are needed to be preserved.

In Gaurav Nagpal vs Sumedha Nagpal (Civil Appeal No. 5099 of 2007), SC observed that, “The provisions relating to divorce categorise situations in which a decree for divorce can be sought for. Merely because such a course is available to the adopted, should not normally provide incentive to persons to seek divorce, unless the marriage has irretrievably broken. Efforts should be to bring about conciliation to bridge the communication gap which lead to such undesirable proceedings people rushing to courts for breaking up of marriages should come as a last resort, and unless it has an inevitable result, courts should try to bring about conciliation. The emphasis should be on saving of marriage and not breaking it.”

In K. Srinivas Rao vs D.A. Deepa (Civil Appeal No. 1794 of 2013), SC held that criminal court should direct the parties to explore the possibility of settlement through mediation in cases of 498-A IPC where parties are willing to settle the matter, and issued directions to the Family Courts to make all efforts to settle the matrimonial disputes through mediation. It also ordered that all mediation centres shall set up pre-litigation desks/clinics and give them publicity so that matrimonial disputes can be settled at pre-litigation stage.

Indian laws emphasise to preserve the marriage and make it mandatory for the courts to try reconciliation and settlement between the parties. Matrimonial disputes such as divorce has severe consequences. Mediation has become a popular technique to be used in family matters especially in divorce cases.

A mediator must be aware of all these hardships so that same can be conveyed to the disputed parties which might help them in analysing their decision again. A mediator while settling the dispute should consider the best interest of the parties. It is a duty of the mediator to inform all the consequences to the parties without putting pressure and leave the final decision on the parties.