Let’s Understand the Difference Between Judicial Separation and Divorce

As per the ancient perspective, marriage is a formal ceremony and religious tie that can’t be broken. On the contrary, nowadays majority of the people are of the view that if a person does not want to stay in married life and does not want to extend any longer then he/she should break that knot. But at the same time, it’s not easier for some people to take decisions for separation. Under these circumstances, there is a concept called Judicial separation through which a person of disturbed married life can take some time for self-analysis. Usually, the courts grant time to the parties to re-think their decision of separation.

Many individuals often get confused about the concept of judicial separation and sometimes, they consider it the same as divorce. Although in layman language both terms connote the same meaning, the outcome of both terms in a legal context is different. In fact, judicial separation is a legal remedy to temporarily suspend the marriage. Law allows the couples having strained marital relationships a free space and independence to think about their future path. It is usually a final resort before choosing for a divorce. Section 10 of the Hindu Marriage Act deals with the concept of judicial separation.

We, Aggarwals & Associates, being a Best Law Firm in Chandigarh have a team of the Best Divorce Lawyers in Chandigarh, which is efficient to assist the clients in all kinds of matrimonial disputes.

Now, let’s start to differentiate both concepts and their legal outcomes.

Primarily, the basic difference between the two is their tenure. Like, a divorce is permanent in nature, whereas, the judicial separation is temporary as it relieves the parties from their marital obligations for some limited period of time.

Moreover, a petition for judicial separation can be filed at any time after the marriage. Conversely, as per the Hindu Marriage Act, a divorce petition could be filed only after completion of one year of marriage unless permission has been sought from the higher court under special circumstances. Apart from this, under the judicial separation, the parties can think about reconciliation, but under divorce, they lose this opportunity. 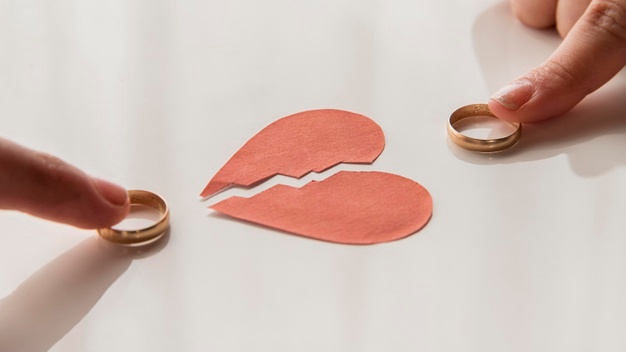 Additionally, upon filing the divorce petition, firstly a chance is given to the parties to mitigate their differences to save the marital knot, and upon failure of the same; an order for divorce is granted. However, in case of filing the judicial separation, the court usually grants the order upon being satisfied with the grounds. The best Divorce Lawyer in Chandigarh can enlighten you in an effective manner in case of such kinds of queries relating to judicial separation and divorce.

Apart from these, one cannot remarry after obtaining the decree of judicial separation, while upon attaining the finality to the divorce decree a person can perform a marriage.

Can divorce be a judicial separation?

Can I file a divorce during the period of judicial separation?

Also Read: File Divorce with the help of Divorce Attorney in Chandigarh