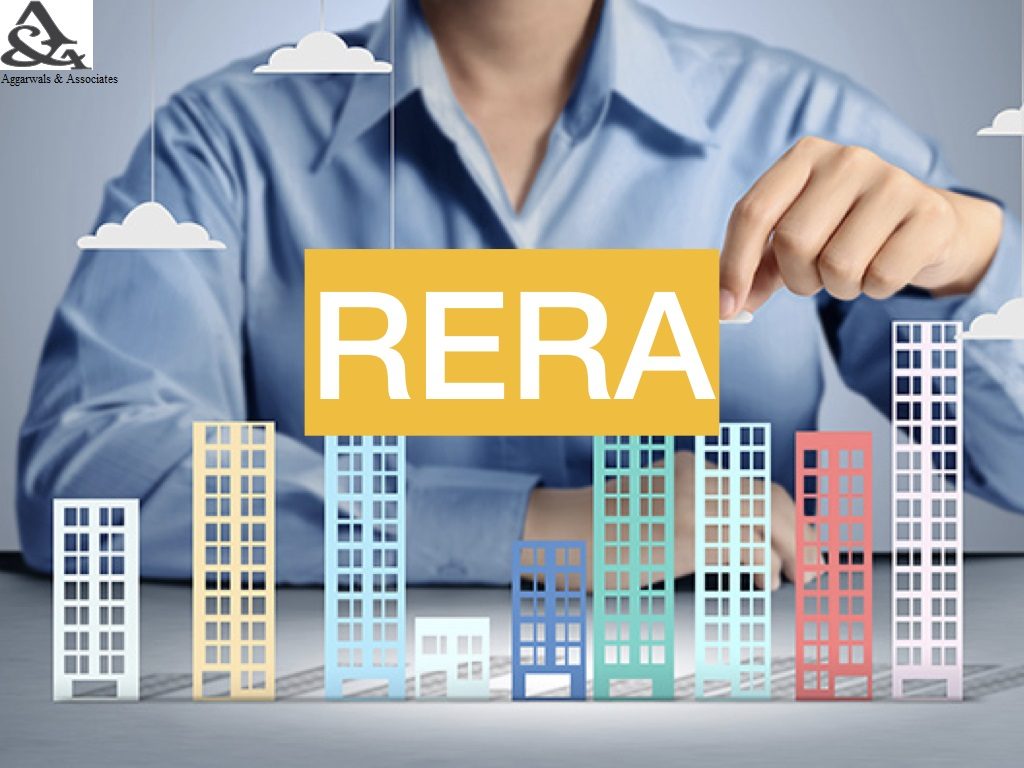 Everybody has a dream to own a house but due to high prices of real estate as compared to earnings, it becomes difficult to do so.In addition to the above, earlier every builder was having his own terms & conditions and used to make the agreement which was beneficial to the builder.  There was no standard and uniform law for all the builders to be followed pan-India. The common man was having limited rights even after investing his lifelong money in the real estate projects.  In view of this, the Government of India had introduced the Real Estate Regulation Act, 2016 to protect the interest of the home buyers and also to avoid the exploitation from the hands of home builders/developers and real estate agents.

RERA is an Act introduced by the Government of India in 2016, to be modified by the State Government as per the needs and requirements of respective States and called it Real Estate Regulation Act, 2016 for protecting the interests of property/home buyers and real estate agents from developers/builders. It provides relief to the home buyers from the malpractices of unfair practices employed by the builders / developers and real estate agents against the home/property buyers.It specifies the norms of development and building of real estate which will provide the transparency in the building transactions by developers. RERA provided many rules and regulations to be followed by the developers /builders and real estate agents and furthermore, secured the rights of the home buyers. RERA Act also laid the foundation for the creation of Real Estate Regulatory Authority and Appellate Tribunal for every State.  In case of any dispute, the home buyer can file his complaint with the concerned Authority.

Earlier the builders/developers were using their own methods for charging of carpet area, for example they would charge for 1000 sq. ft. and actually provide 900 sq. ft.  This was happening because there was no standard method for calculating the carpet area.  However, now RERA Act has provided the standard formula to be followed by all the developers/builders.  As per the law, the definition of carpet is as under:-

“carpet area” would mean the internal covered area within the walls of the apartment.  This will exclude the outer area of the apartment like galleries/balconies, verandas, terrace and service shafts area.”

This would specifically standardize the calculation of carpet area which would have an impact on the prices of Real Estate. Generally the builders charge the prices as per carpet area with following a formula:-

Earlier the developers/builders were manipulating the price of property by using wrong calculations of carpet area.  Since now RERA has defined the method of calculating the carpet area, it would definitely benefit the home buyers and the builders/developers alongwith the real estate agents will not be able to exploit them by charging higher prices by the account of this loophole which subsisted pre-RERA introduction.

The rate of interest shall remain the same for both parties i.e. in case of default of payment by buyer or default in completion of project by the builder.  Earlier, in case builder delayed the possession of flat, the interested rate to be paid by him was less in comparison to that in case the payment is delayed by buyer interest rate was higher. Regarding interest rate, there was no parity of interest to be paid by both the parties which has now been standardized by coming of the RERA Act into force.

In case the project is not made as per commitments made with the buyer, the buyer has right to withdraw from the project and he has the full right of refund of payment as advance or with interest or can claim compensation.

After coming into force RERA Act, the builder cannot take advance more than 10% of the cost of home or application as the case may be before executing sales agreement.

In case of any defect in structure, workmanship or quality of construction, provision or service is detected within 5 years, the such defects will be rectified by the builder without any extra cost within one month.  In case, however, the builder fails to do so, the buyer is entitled to claim compensation for the same as per RERA Act.

In case the builder does not complete the project as per due date of completion, then the buyer has following options :-

In case one finds defect in title of the property any time after possession, he can claim compensation and there is no limitation bar i.e. the time when the defect is discovered.

Buyer is entitled to any information relating to the project whether it is plan layout, execution plan or stage wise completion status etc.

State Authority set under RERA shall have the power to redress all the grievances which are taken to them against the builder or real estate agent. In case one is not satisfied with the order, he can approach the Appellate Tribunal who will redress the grievances within 60 days and in case of failure to do so, it shall record the reasons of the same.  If the builder wants to appeal to the Appellate Tribunal against the order of Authority, he will be required to deposit 30% of the amount of penalty or such amount as may be determined by the Appellate Tribunal.  Before hearing the appeal, he is required to deposit total amount to be paid to allottee including interest and compensation imposed on him or both as the case may be.

RERA is applicable on all developers and builders except the following:-

In the end, it is safe to say that with the dawn of the RERA Act into the horizon of the Real estate sector, it is a big shot in the arm for the home/property buyers specifically. The nefarious/fraudulent practices carried out widely by the builders and the real estate agents by ascribing to the glaring loopholes previously is now suppressed to a large extent with stern rules and formalities to be carried out and the penalties imposed thereof for not abiding by the procedure and law of the land and the institution of a dedicated Regulatory Authority having sufficient power to curb any wrongdoings on this end. Thus, the introduction and execution of this Act will go a long way to make the dreams of every Indian of owning a home easier, transparent and a little more achievable.