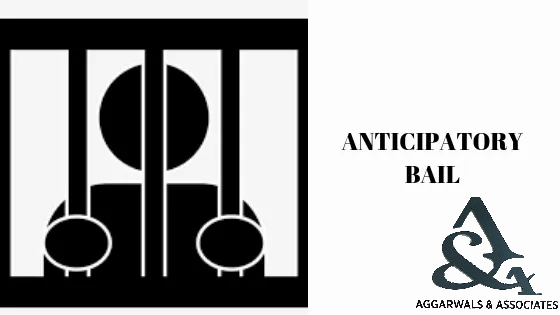 What does mean by the term Bail?

Bail means temporary release of the accused from the custody of police either with or without surety with the promise to appear in court when required. It is a set of pre-trial restrictions that are imposed on a suspect to ensure that they comply with the judicial process. Bail is of two types:

What is Anticipatory Bail?

The term “Anticipatory Bail” is not defined under the Criminal Procedure Code, 1973. However, According to the Section 438 of Cr.P.C when a person has apprehension or reasonable belief that he may get arrested for a non- bailable offense then he may apply to session court or the high court to get a direction for anticipatory bail. Anticipatory bail means grant of bail to a free person in anticipation of his possible arrest for some offence and in the absence of any order of arrest against him.Grant of anticipatory bail presupposes that the person is in custody of police or court and if not in custody, is required to surrender to such custody.

The origin of bail dates back to medieval times, when the first known drafted constitution came to be enacted in the year 1215 by King John of England which was referred as “Magna Carta”. The genesis of the bail can be extracted from the clause 39 of Magna Carta which reads as “No free man shall be seized or imprisoned or stripped of his rights or possessions or outlawed or exiled or deprived of his standing in any other way, nor will we proceed with force against him or send others to do except by the lawful judgment of his equals or by the law of the land.” From the perusal of this clause it can be understood that a person shall not be restricted or confined unless and until there is a final judgment in accordance with the laws of land. On a careful reading and decoding of this clause we can greatly relate the said provision with the provisions of bail as provided in Code of Criminal Procedure (Cr.P.C). The old Code of Criminal Procedure of 1898 did not have provisions for anticipatory bail. The idea of anticipatory bail was first recommended to the parliament only under the 41st Law Commission report, after that the provision of anticipatory bail was incorporated under Section 438 of Chapter 33 of the new Cr.P.C 1973.

Right to life and personal liberty is an important right granted to all the citizens by the Constitution of India. The legislative history of the provision reveals that the Joint Select Committee of Parliament had initiated a thought that bail should be made available in anticipation of arrest so that liberty of an individual may not be unnecessarily jeopardized. It then asked the Law Commission of India to take into consideration this matter and there after the Section 438 have been added as a result of its report. No person should be confined in any way until and unless held guilty as it is in conflict with the very nature of Right to life and personal liberty.It also secure the presence of the accused person in the court during a trial or whenever required by the law without unreasonably and unjustifiably interfering with his liberty.

Which court can grant Anticipatory Bail?

The High Courts and Sessions Court are empowered to grant anticipatory bail in the event of arrest. Generally, the applicant has to first approach the Session Court for moving an application for anticipatory bail unless special circumstances exist for filing the same in the High Court. The Applicant has to approach the Courts within whose jurisdiction he apprehends his arrest. It is irrelevant that the alleged offence has been committed outside the jurisdiction of such courts. If the courts do not have the required territorial jurisdiction, they may still grant anticipatory bail for a short term with adequate safeguards for approaching the court having jurisdiction to entertain such application.

Under what circumstances Anticipatory Bail can be granted?

Anticipatory Bail is granted only in exceptional cases where it appears to the court that the person seeking anticipatory bail is being framed in the charge. Such as-

What are the conditions?

While granting anticipatory bail, the Court can impose some conditions which are laid down under sub-section 2 of Section 438 CrP.C.-

A five-judge Constitution Bench headed by Justice Arun Mishra observed in the case of SushilaAggarwal v/s State of NCT of Delhi (2020)that the protection granted to a person under Section 438 of Cr.P.C should not invariably be limited to a fixed period; it should inure in favor of the accused without any restriction on time. The Normal conditions under Section 437(3) read with Section 438(2) should be imposed; if there are specific facts or features in regard to any offence, it is open for the court to impose any appropriate condition (including fixed nature of relief, or its being tied to an event) etc. The life or duration of an anticipatory bail order does not end normally at the time and stage when the accused is summoned by the court or when charges are framed, but can continue till the end of the trial. Again, if there are any special or peculiar features necessitating the court to limit the tenure of anticipatory bail, it is open for it to do so.

Is Anticipatory Bail can be cancelled?

There is no specific provision regarding the cancellation of anticipatory bail. However, the court which has the power to grant the anticipatory bail is also empowered to cancel the bail. This power can be invoked under special or exceptional cases only when court is satisfied that the ends of justice will be defeated unless the accused is committed to custody because anticipatory bail is a special privilege given to a person and should not be abused in any manner.

Anticipatory Bail was introduced in the Code to prevent violation of personal liberty of a person. However, the Hon’ble Supreme Court of India has emphasized again and again through a catena of judgments that utmost care should be exercised by the Courts while granting the anticipatory bail so as to prevent the abuse of this special privilege. Anticipatory bail is a device to secure the individual’s liberty; it is neither a passport to the commission of crimes nor a shield against any and all kinds of accusation, likely or unlikely.