All about writ petition in India 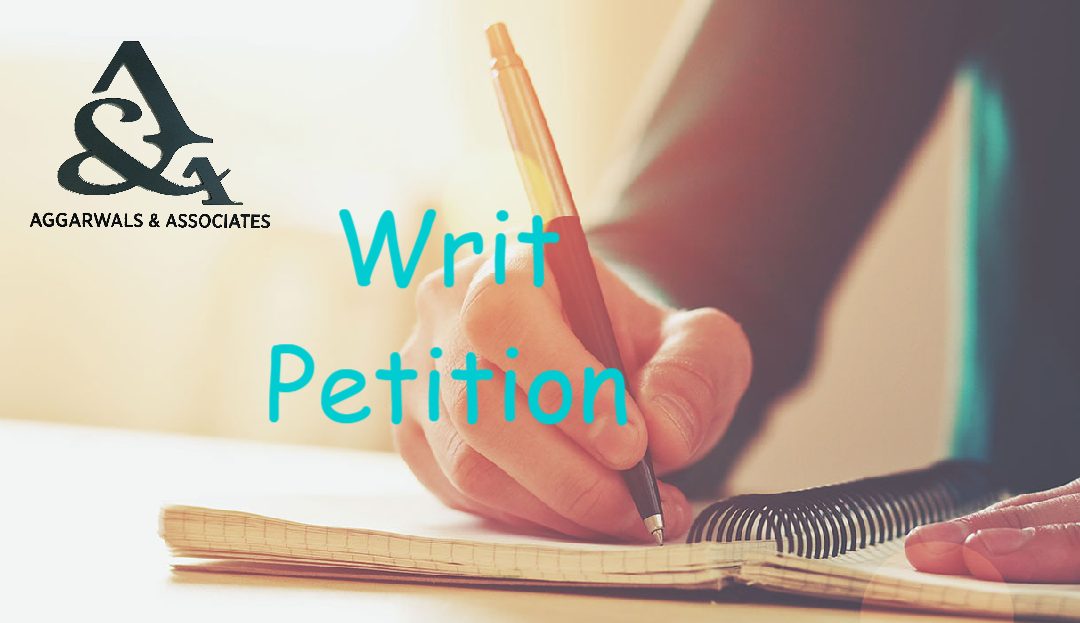 “A law is valuable, not because it is a law, but because there is right in it.”

It is fundamental right of every Indian Citizen to know the context of justice enshrined under the Indian Constitution. Our constitution confers justice for every citizen and guarantees equality before irrespective of their caste, gender, religion, social status etc. Along with the Fundamentals Rights our Constitution also bestowed some legal remedies to the individuals by which they can protect their Fundamentals Rights according to law and judicial procedure to weed out injustice. Here the concept of Writ Petition came into picture.

What is writ petition?

Writ is a written order issued by higher court. It may be issued to the lower court, authority or any individual if any violation is made with the fundamental rights of any citizen. As per the Indian Constitution, the Hon’ble Supreme Court can exercise its power to issue writ under Article 32 and High Court under Article 226 of Indian Constitution against decision of any lower court, authority and individual. A writ petition can be of civil or criminal nature depends upon the situation. An aggrieved person can file writ before the higher court as per law and procedure.

Why writ petition is required?

Generally, writ petition is filed in violation of rights or injustice served to the individuals. It is remedial measure granted by the Constitution against the authority regulating the law and order in the country. The concept of writ petition is required to help the citizens to defend their rights in case of violation. It is an alternative to the aggrieved party when higher authorities not adhered to their claims even in appeal. Writs are a tool to keep check the discretionary powers of the administrative and judicially review their actions.

Who can file writ petition?

Types of writ petition in India:

There are five types of writ petition enshrined under the Constitution of India. These are given below:-

Habeas Corpus means ‘to have control of body’. It is a remedial measure for an individual who is illegally detained or imprisoned. As per our judicial system a person arrested by the police must be presented before the Magistrate within 24 hours. A writ of Habeas Corpus can be opted for in the higher judiciary if any person is detained without having violated any law or his/her arrest is unconstitutional. A petition for personal liberty or release of detention can be filed by an individual through writ of Habeas Corpus. The court can issue a direction for release on receipt of petition against the order of the lower court or the individual under which the person is or being detained.

In A.K Gopalan vs Government of India (1966 AIR 816), the Supreme Court ruled that the earliest date with reference to which the legality of detention may be examined is the date on which the application for the same is made out to the court.

Mandamus is a Latin term which means ‘command’. The purpose of this writ petition is to make sure that government or public officials discharge their duties effectively. In an event of a public official failing to carry out his/her duty or abstaining from doing so, thereof this writ can be issued to compel them to do. By invoking writ jurisdiction a court can issue a direction to a lower authority or any individual to restrain him/her from doing any activity, which can cause injustice to the public at large or any specific group or individual. Such petition can command any public authority to perform an act which they are bound to perform. It is notable here that this petition cannot be filed against the President, Governor, or State legislature. In Mani Shobhre Jain vs State of Haryana (1977 (1) SCC 486) SC described the following essential requirements for filing writ of Mandamus:-

Writ of Prohibition is popularly known as ‘stay order’ is usually issued with consequences for doing any act or taking action against its reserved powers. A petition to issue direction or command to any local authority or court to restricts it from acting beyond its jurisdictional power. For instance petition can be filed with Supreme Court to restrict High Court from taking decision for which High Court is not authorized. In Govind Menon vs Union of India (AIR 1967 SC 1893) SC laid down the conditions for issuing writ of Prohibition. The following are the conditions:-

Writ of Certiorari is one of most efficient remedies derived from common law. Its literal meaning is ‘to certify’. It an order issued by the higher court to inferior court or any authority of judicial or quasi judicial nature. The main object of this writ is to keep the inferior courts or authorities within their jurisdictional limits. If they act in excess of their jurisdiction then their decision can be quashed by the higher courts i.e. High Court or Supreme Court by issuing writ of Certiorari. The petition may call for the records or facts from the lower authority on the basis of which any summon or order was issued. The higher court can accept or restrict the decision on satisfaction of facts/records placed by lower authority. In case of Hari Vishnu Kamath vs Ahmed Ishaq (AIR 1995 SC 233), the SC held that one can only issue the writ of Certiorari to correct the errors apparent on the face of records but not for the correction of an error of fact.

The word Quo Warranto flows from the Latin dialect which means ‘by what warrant’ or ‘by what authority’. Writ of Quo Warranto is filed to restrict a person to hold a position in any government office or involvement in any decision relating to aggrieved party. This writ is applicable only to public offices as private organizations are out of the ambit of this writ. It is required to prevent the official to exercise any powers of the position for which he is not entitled to hold. In University of Mysore vs Govind Rao (1965 AIR 491), the SC laid down some conditions which must be followed for writ of Quo Warranto, these are enumerated below:-

The concept of writ petition has contributed greatly to the growth of public interest litigation in India as well as the protection of fundamental rights enshrined in our Constitution. This ancient mechanism has developed over the years to cater the needs of aggrieved individuals, permitting them to bring forth their grievances to the higher judiciary. An aggrieved person can invoke the power of higher courts if he/she is deprived of any right or injustice is caused to him/her or to fight against any arbitrary decision of authority.