All About IBC and RERA Act vis-a-vis Home buyers 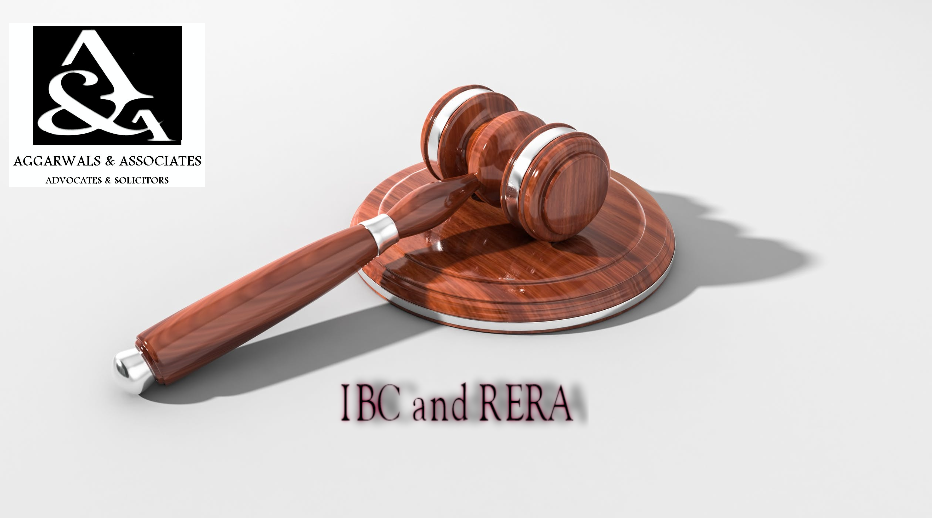 After many years of real estate sector being not regulated. Finally a relief came to homebuyers in the form of a special act Real Estate Regulatory Authority Act (RERA). The foremost goal of this act was protecting the interest of home buyers. Before the coming of this act home buyers were being taken for a ride by the real estate project promoters. There was widespread delay and frauds in the real estate sector. RERA act treats home buyers as consumers. Prior to this act home buyers could redress their grievances through the consumer court, but the respite available under consumer protection act was only curative and did not address all the concerns of the home buyers. The act intends to create transparency, professionalism and accountability.

But a curios situation has occurred after the recent amendment by the government where home buyers have been included as financial creditors under Insolvency and Bankruptcy act (IBC). Some feel that after the amendment, government has pitted both RERA and IBC act against each other. But this amendment has a different objective which we intend to discuss in this article.

Background of this amendment (situation of homebuyers before amendment)

In the Jaypee Infratech Limited housing project case, IDBI bank being a financial creditor to the Jaypee Infratech Limited group, had moved to NCLT for resolution, NCLT Allahabad had admitted IDBI’s case and resolution would happen within 180 days (90 days maximum extension) and if the resolution process fails then a Jaypee Infratech Limited project would go into liquidation (which happens most of the time). But here the real problem was that what about the homebuyers who had a vital stake in the project. Aggrieved homebuyers moved to Hon’ble Supreme Court through special leave petition and public interest litigation that they have no locus in the committee of creditors (Chitra Sharma vs Union of India). The Supreme Court being sympathetic to the homebuyers and exercising its inherent powers, ordered interim protective measures against JIL and stayed the NCLT proceedings  and  and then later appointed an amicus curie from the side of home buyers in committee of creditors (COC).

The homebuyers were being left in a lurch in case the real estate developers company went into liquidation, prior to the amendment homebuyers were treated as unsecured creditor and were not able to initiate insolvency proceedings against defaulting developer. Prior to this act home buyers would only get the balance proceeds after paying off insolvency proceeding costs, workmen dues, financial creditors and government dues.

What would amount to default under IBC code?

Thought the home buyers have been included as financial creditors after the amendment, the definition of the term default vis-à-vis homebuyers has not been amended. Hence to see what would amount to default by a developer we will have to take recourse to RERA act.

Section 18 of the RERA act provides a choice to homebuyers to either choose possession of house or seek refund. The section among other things, states that a developer is liable to refund the amount received by him in respect of the apartment with interest or he must pay interest till the possession of the project as per the agreement.

Therefore a default could be said to occur from the date of demand of refund or interest becoming due. Depending on rules made by the state after how many days a demand by the homebuyer would turn into a default. Like Tamil Nadu considers 90 days period after which if the developer doesn’t refund or pay interest it will be considered a default.

Both the act should be taken in unison vis-à-vis homebuyers rather than pitting them against each other, the sole reason to include homebuyers as financial creditors is to protect them during resolution and liquidation process. And the foremost objective of RERA is also to protect the homebuyers. Moreover RERA is silent on insolvent developer which is addressed under the IBC act. Ensuring transparency and accountability of real estate builders.

Written by Bawa Karanveer Singh, he is an associate partner in Aggarwals and Associates (Advocates and solicitors). The law firm specializes in NCLT, RERA and Consumer court matters.